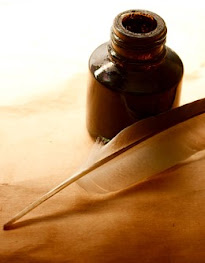 And so begins the journey of a blank page to a finished product. Care to join me? Then, let's take the first step. Although, technically, I already have.

I decided to write a sequel to the Her Super Spy trilogy (by Jess Austen, one of my pen names--and that's another post entirely--and you can find them here. First book is still $.99). I wanted to pick up with the other couple in the stories--Alex and Robbie. Had a great idea of the plots for another trilogy. Found my couple again, found the villains. Even included a bit of Kentucky lore. I even found a working title for the books.

And hit the proverbial wall.

Everyone's heard the term "writer's block" but you have to be a writer to truly understand the term. It's more than just having a problem writing. It's a crippling "I suck!", self-loathing term. We all go through it. I rather suspect that's George R. R. Martin's problem with his Song of Fire and Ice series. But, that too, is another blog. Suffice it to say that, my writer's block is usually a case of a story going the wrong way. Instead of letting it flow organically, I have a bad tendency to try to force my will on them. And the characters and the story will eventually fight back in the form of...nothing coming.

Which was the case here. I had a great opening chapter too; Robbie and Alex get to making the beast with two backs on the dining room table. It just wasn't working. I gutted the chapter half a dozen times. I went through that "I suck" syndrome. I even blamed the story. And then, in one of my usual 3 AM run to the toilet to pee moments, I realized what the problem was.

Why is it always me in the bathroom getting the fixes or the plots or the characters? Yeah, another blog entry.

The problem was that Alex and Robbie, while being lovely people, were peripheral characters in the first trilogy and I had no ties to them at all. And no curiosity about their lives after the events of the storylines. I was trying to force something. And as Al Stewart once posited in song, "If it doesn't come naturally, leave it." So I did.

It's still a working title of Her G Man, but I found a different couple, a different way to approach the plot, and it's flowing. As "Crash Davis"* once said, "...respect the streak. Because they don't happen very often." Well, in writing, they can and do, but his point was well made. When the stars align, yoyu don't question, you just do.