Hamlet and the Hiddy

So imagine my surprise to find out that Tom Hiddleston is at last doing Hamlet. And knowing how much I would do anything to see that, I thought... He needs a play list.

I have long wanted to do Hamlet. Anyone who knows me, knows the intense love I have for that play. I have since the first time I saw it. I fell in love with the theater because of Hamlet. I fell in love with English Literature because of Hamlet. And I especially fell very hard in love for all things Shakespeare because of it. I read the play often, getting something new out of it every single time.

And one time of reading it, I was at the end -- listening to Foo Fighters at the time -- when a particular song came on and I "watched" the end of the play listening to that song. And it was then that I put together my own soundtrack for the play. Songs that pulled those same emotions out of me. the funny part, if you want to call it that, is that all the songs seem to be very grunge oriented. Specifically Foo Fighters and Nirvana.

So, with that in mind, Mr. Hiddleston, I give you my own playlist for Hamlet, Prince of Denmark. Enjoy it as I do. And break a leg. I wish I could be there. You'll be brilliant. I know you will be. You were born to play Shakespeare. 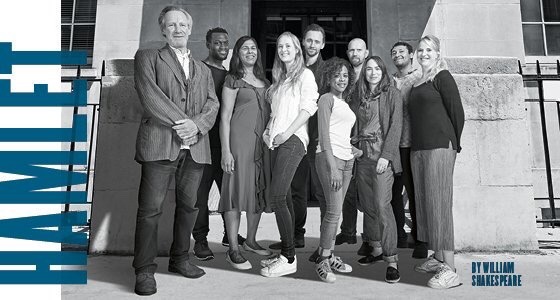 Banner courtesy of the Royal Academy of Dramatic Arts
Posted by JVRC at 12:47 PM

I am also so much excited after knowing that Mr Tom Hiddlestone is performing as Hamlet. I think everyone who is fan of Shakespeare will be dying to watch it.