Who the hell am I today?

You know, it suddenly dawns on me that I'm spending way too much time on the Alter Ego and not enough time on me. It's time to come back to the core personality -- to the center of me! 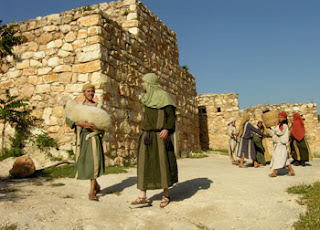 It's time to get back into the first century, send John back now. Satisfy his curiosity, watch his journey. It would make sense that after receiving the ring and the gifts (in The Savior), that John would immediately go on his first journey. And the John I wrote about hopefully matches the John of history and his natural curiosity would take him to find out what happened next at the end of Toby's story. I rather look forward to that.

So, while I'm writing for the Alter Ego -- her romances to tend to drive her along -- I'll be reading about life in the first century, early Christianity (Pre-Nicean). I have that tendency to curiosity about lifestyles, dwellings, food, the fun things. And I need to brush off my copy of the Gnostic Gospels. This will be most  interesting.

Time to begin The Apostle around the first of the year, I think. If the AlterEgo gives me a vacation from her dictation.