The Process of Writing 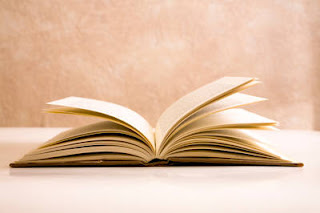 Working with a dear friend in writing her first novel has been an interesting experience. And it got me thinking -- how many people out there actually understand the process authors go through? These lovely people read the books by their favorite authors and think that the story flowed from that author's fingertips into the word document and went straight to the publisher. They think it's just that easy.

The truth is, there's so much more going on in there, steps along the way to getting that story into publishable shape.

~The first step is the writing. And even then, it's still not that simple. If you're really smart, your first book will be plotted out meticulously. You'll have read many many books to understand how to plot, how to craft characters, how to write dialogue. I can't show you that in this entry. Maybe another along the way. But the first step is most definitely writing the book. So...I write my book. And I'm a plotter, by the by. I've written a book as what some call a "discovery writer" -- but I've learned the hard way, doing this means a whooooooooole lot of rewriting and revising later on. Plot, plot, plot!

~Second step -- PUT IT AWAY. I put it in the metaphorical drawer for a month and start plotting my  next book. Or write the next book. Or short story. Or novella. The point is, I don't think about it, I don't look at it, I don't even acknowledge its presence. I let it ferment and fall completely from my mind.


~Third step -- do the same thing with the new WIP (Work in Progress) by putting that in a drawer and now I'm ready to go back to this one. And this one is the bear -- the first rewrite. Yes, I am going totally dismantle my book by reading it chapter by chapter and removing about 10% of the word count. Why? Because I'm going to tighten it up, get rid of stuff that really doesn't belong and only slows things down. Exposition -- GONE. If it doesn't tell the story and it's only nice to know information -- GONE. If I can afford to lose it and nothing in the story changes -- GONE. If I can say something in ten words instead of twenty -- GONE. Reworded. I work chapters out of order, which helps me not get so involved in my story that I'm not doing what I'm supposed to be doing. And it keeps me focused so that I don't see something that isn't there or miss something that should be. I will get rid of 10% -- and sometimes more -- and when I read through it again, that story is tight, full of action and movement, and is a whole lot better for it. It hurts, but I'll do it.

**Two examples:
a) A Wager of Blood took six rewrites -- no lie. First rewrite, I completely moved whole chapters, dumped two or three and wrote one or two more. I dumped exposition, tossed out how the characters met and married, and a lot of stuff that didn't matter to the final story. I dropped 10K words and tightened things up. The story improved so much it got picked up by a small press.

b) Wilde Mountain Time, which will be released in a few months under the name Siobhan MacKenzie, got gutted when I had more than a few people tell me I needed to bring the word count closer to 110K. I fought against it -- I'd already sliced a chunk out of it -- but I dropped the entire subplot. The upshot was that one of the characters regained sympathy and the alpha readers loved her again, the story really tightened up, and while I didn't get it under 110K, I got close by bring it in under 120K. Improved things immensely.

~Fourth step -- I'll put it away again. Go work on something else. Two weeks this time. Maybe longer. Depends on what I'm working on. Maybe project two. Maybe a third altogether.

~Sixth step -- the manuscript goes to the alpha readers. They're not editing anything. They're reading along in the story. They'll look at pacing, plot, characters. Does it flow? Is it slow in places? Does anything get glossed over that needs more embellishment or information? They'll make notes and send them back to me with the marked up document.

~Seventh step -- I'll read those notes and re-read my manuscript with an eye for the notes. I won't always agree. Especially if only one person says it. But if three or more say the same thing, you bet I'll be listening. And I'll make the changes, so there's rewrite number three or four.

~Eighth step -- yes, another line edit. Another look for missing punctuation, missing words, typoes, rewording awkward sentences and paragraphs. Still time consuming, but by now, this should be damned great.

~Ninth step -- I send this out to an outside editor. By now, I'm so sick of the sound of my own voice that I don't trust it. So, I'll send this to a "professional" -- who I might be trading services with or can pay a mere pittance or sweet talk into doing the job for free -- and let go. An outside editor will read it through once to get your style down, then have at.

~Tenth step -- I'll go over the edits. Again, I won't always agree but I know that this editor has gone over this with the idea of improving my story. So I'll choose my battles and keep what I think is necessary (maybe 1/10th of the edits -- which is usually dialog) and make the changes on the rest. I tend to be rather wordy in places or a bit too poetic and it's hard to understand. I dig it. Changes made.

~Eleventh step (are you getting the point here? lots of steps and it didn't just flow from my fingers to the published book) is sending this bad boy to a copy editor. Someone who knows mechanicals. Again that person will read through twice to pick up everything mechanical in punctuation, spelling, grammar, etc.

~Twelfth step is reviewing and approving all of those changes. I never argue with the copy editor. Never.

And then, finally, it's ready to go to the layout artist who will have the inside ready for print and ebook. Just so happens that my layout artist is also the lovely lady who does my covers and we discuss what should be on it. She does that too.

Only then is that book/novella/short ready to publish. Only then. And trust me, that doesn't happen overnight. It takes quite a few months from beginning to publication -- usually an average of five or six months.

See, that's the difference between the average self-published author and a true indie artist. The indie cares about the product, to the point of making sure it's perfect. You can't skip steps or you're just a self-pub and trust me, your work will not sell. Well, maybe to your Mom, but that's about it. And your work will be ripped apart by reviewers. Trust me, that does happen. Go look on Amazon if you don't believe me.


Next lecture -- I'll teach you how to be a critic. Learn how to critique a story and you learn the elements of good story telling. Learn those, and you can write a best seller.

Thanks for reading. And....